Elton Rohn LIVE in Brantford - This event has already occurred

Elton Rohn is thrilling audiences across Canada and the USA: this time, in support of the Canadian Cancer Society (CCS)! As Elton Rohn, Ron Camilleri’s ability to transform into Elton John is uncanny. Audiences are amazed – it’s like watching a 1970s Live Elton John concert! His band is made up of some of Canada’s finest musicians, and every note is played live – no tracks. The band also features a full four part harmony. Elton Rohn has headlined over 300 shows including major festivals across Canada and the USA, but most notably Las Vegas, where they were the only Elton John tribute asked to play the Elton John convention!

This event helps fund the Canadian Cancer Society’s mission. The CCS is dedicated to creating a future where no Canadian fears cancer. The CCS is a national community-based organization of volunteers whose mission is the eradication of cancer and the enhancement of the quality of life of people living with cancer. Join Elton Rohn at the Sander Centre on March 8, 2022 at 7:30pm! Don’t miss this incredible show for an incredible cause! 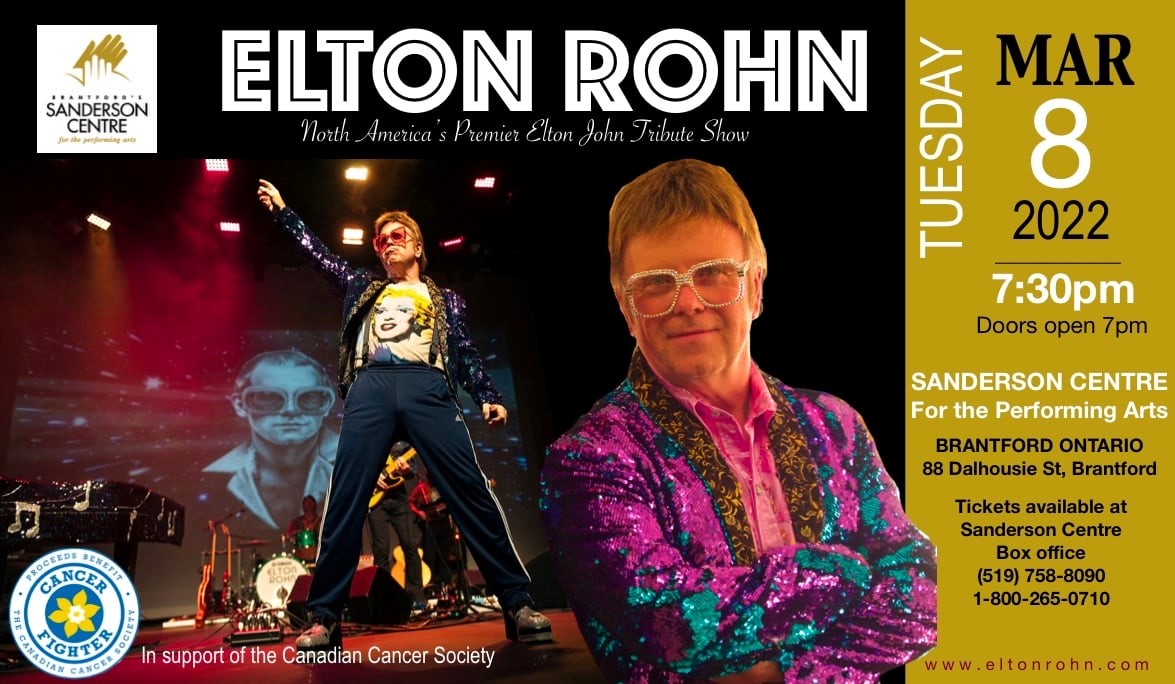