ABBAmania is the world’s number one production of Abba. This all Canadian cast from Ontario has played over 200 shows per year since 1999. They have performed more concerts then Elvis, The Beatles, Madonna and Michael Jackson combined.
The show consists of studio musicians that recreate ABBA live in concert. Every song recreated note for note, sound for sound to make this show the most authentic sound you will ever hear. The show consists of special guests such as Freddie Mercury (Sean Hauk, from Brantford) and Adele (Angela Seeger). Night Fever will also be included in the show exciting show, performing as the Bee Gees. Tickets are $49 each. 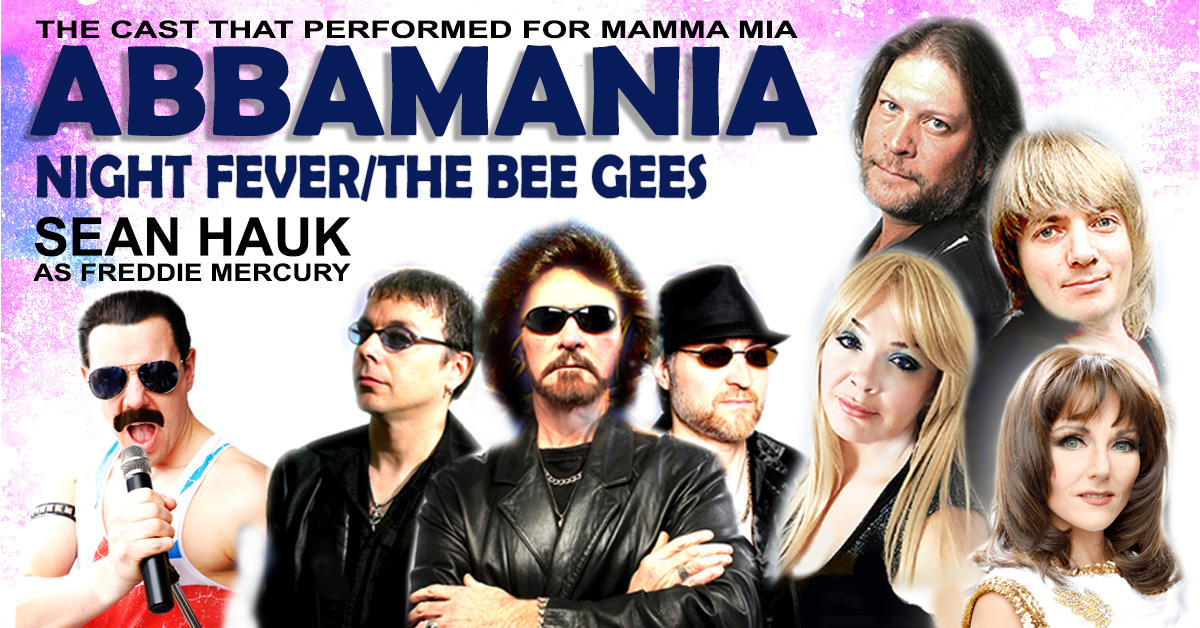